My dad was in the business of potato chips, as was his father before him, and I think another generation before that. Snack foods, particularly potato chips, were always a part of my upbringing. 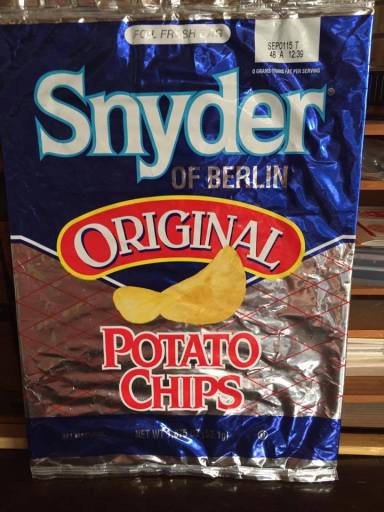 There was a whole drawer in my childhood kitchen dedicated to snack foods: pretzels, beef jerky, Slim Jims, and of course, potato chips. I was born with fried potato coursing through my veins. We mostly ate the salted ones, but if one was feeling particularly sassy, there were also Bar-B-Q chips and sour cream and onion for the truly adventurous. But that was it.

Enter Japan and its obsession with improving on what was pretty  much perfect to begin with. Now, to be fair, they came out with pizza chips a few years ago. Dusted with pizza sauce flavored chemicals and globs of chemically induced fake cheese, they’re actually pretty tasty. 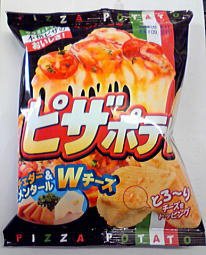 I could get on board with the pizza chips. But then something went horribly wrong this summer. The potato chip train started to careen dangerously fast along the rails of the acceptable.

I began to encounter flavors that could only have been imagined by sweat-covered minions stoking the engines of the locomotive bound for hell. 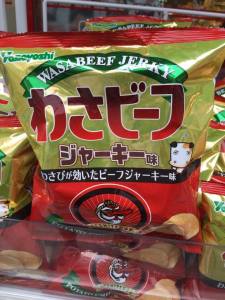 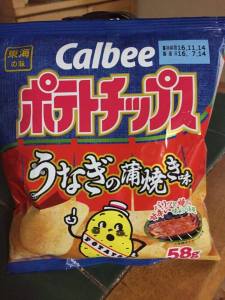 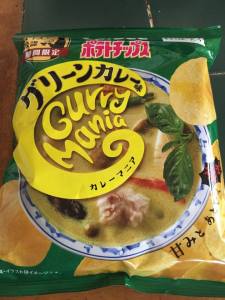 As the express train bound for the outer reaches the unimaginable rattled toward its inevitable doom, I suddenly felt a horrific shudder as the train derailed and tumbled into the abyss when I saw this:

For all that is good and holy on this sweet earth of ours, how did this ever get past the censors? Granted, I’m a tad old fashioned and a bit of a purist, but what’s next? Soy sauce flavored ice cream? Sashimi served on a bed of cotton candy? Miso soup with marshmallows?