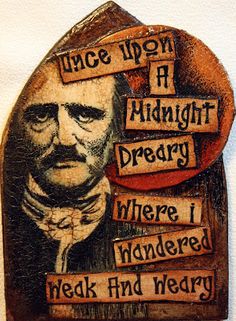 I’ve been binge-watching The Walking Dead for a couple of days. If you’re lucky enough not to know this, it’s a zombie apocalypse horror series set in the near yesterday/present/tomorrow. Some sort of horrible disease takes over the world and kills most of the population, which then comes back semi-alive and feeds on anything that is actually alive. It’s your basic zombie stuff, but the zombies are pretty horrific. I won’t describe them. You can do a Google image search if you’re curious. But I will give you this: remember the face ripping scene from Poltergeist? Tame stuff, that. The Walking Dead will curl your toes and curdle your stomach.

The level of violence is astronomical, truly gruesome. I have always wondered where Edgar Allan Poe came up with his scary images. I’ve read that he was a mild mannered gent, married, home for dinner every evening, not the opium-smoking, knuckle-dragger you’d expect. But compared to him, the The Walking Dead writers must be snorting PCP and eating monster trucks for breakfast.

Believe it or not, the series is into its ninth season. I just started the second. Yes, I’m addicted. The thing is that the whole scenario goes so far beyond anything with even the remotest connection to reality that it’s kind of funny. I can’t stop wondering how the heroes can be so naive and so quick to heal from horrific injuries despite a lack of both medicine and doctors.

I also know enough about production to know that the zombies are spending more time in hair and make-up than on set. One of the first zombies we meet only has half a body and is dragging its emaciated self around a public park looking for someone to play with. Or eat. It wasn’t clear at that point. I don’t know how they managed the half-body. Special effects? Animatronics a la Disneyland? I lay in bed last night with images of zombies tap-dancing marionette style inside my head and nearly laughed at the absurdity of it all.

And that’s exactly the appeal of this kind of entertainment. My brain has been on overload for far too long. There have been too many powerful, external influences pulling and pushing me through life, too many things beyond my control. I can lose myself in Zombieland for a while, give myself a break from reality because at times reality is more than I can face.

But reality is what we make it. I’m told that even though the lava is flowing close, the only effect it has outside the immediate eruption area is a glow in the sky at night, a perpetual sunset. In a sense, the lava is a gift, a grounding in reality. It reminds me that there’s no such thing as paradise, not in the sense of perfection or magic. Just like happiness, paradise is a frame of mind. Some people surround themselves with the finest of everything in a Park Avenue penthouse and are never satisfied; others are overwhelmed with gratitude for a palm frond hut at the edge of a jungle, no bills, no neighbors, no plumbing. Some people go through life as zombies, blindly following a path laid down for them by others. Some people have their eyes open and find their own path, mindful of their place in the universe, the power they have to influence for good or for evil. 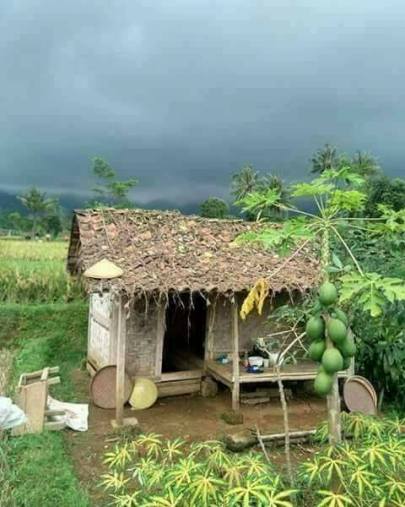 I am somewhere in between. I don’t need Dom Perignon and a Bentley; I do need clean underwear and a toilet that flushes. The Hawaii house offers both.

The reactions I get from people when I tell them we’re moving to Hawaii are overwhelmingly positive, supportive, happy for us. This is the dream, the fantasy. We are not unique in wanting this, but we have taken the leap pretty much everyone wants to take and are trying to make it happen. We’re moving forward, moving toward something, accepting uncertainty as part of the deal.

We may be groping ahead somewhat blindly but our eyes are open and, outside of TV land, there’s not a zombie in sight.