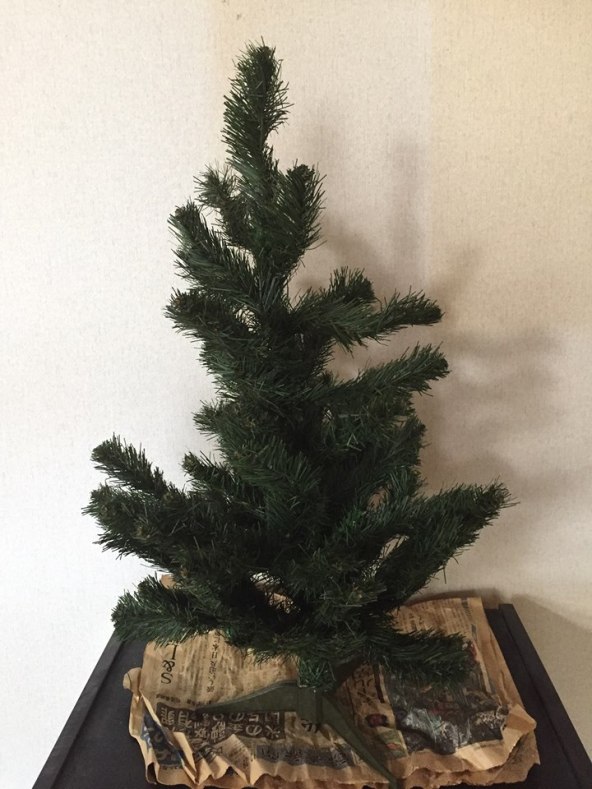 I’m trying to get rid of my Christmas tree. I haven’t used her in the past few years and don’t want to haul her across the Pacific Ocean. Plus, she doesn’t stand a chance with Monkey Boy and George in the house. But I’ve had her for more than twenty years; I know this because every year after Christmas I wrap her in the same tattered sheet of newspaper.

Three times I’ve taken her downstairs and three times I’ve brought her back up. I guess I feel an affinity for the old girl. She’s seen a few holidays, waited patiently for the seasons to change, allowed two generations of cats to toss her on the floor and never lost her temper. Maybe she has a few kinks in her spine and her branches are a little off-kilter but I think she might not be ready for the trash heap. Not yet.

When I was a little girl, I had an old flannel nightgown I carried around with me. I would rub it against my nose while I sucked my thumb. I called it my “smoker”. I don’t know why; maybe sucking my thumb reminded me of my grandfather sucking on cigarettes. Around age seven, I gave my smoker to my parents and told them not to give it back. And then I asked them to give it back. And then I put it in a drawer myself, vowing to stop sucking my thumb. And I did stop.

Not so many years after that, I started sucking on cigarettes. It took me 35 years to stop, but I did.

I think if I can mentally tuck my Christmas tree into a drawer with both my smoker and my smokes, I might be able to let her go.

If I can’t, does anybody want a used Christmas tree?